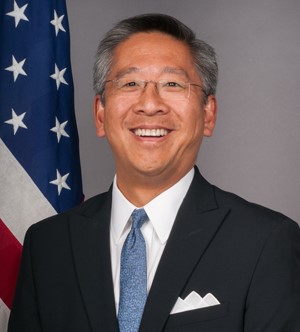 Joint Statement for the Press on C5+1 High-Level Dialogue

The United States established diplomatic relations with Kyrgyzstan in 1991 following Kyrgyzstan's independence from the Soviet Union. The United States supports Kyrgyzstan in its development of an inclusive democracy based upon the rule of law and respect for human rights. Kyrgyzstan's 2017 presidential election marked the first peaceful transfer of presidential power from one democratically-elected President to another in post-Soviet Central Asia. Significant impediments to Kyrgyzstan's development include corruption, aging infrastructure, high unemployment, and endemic poverty. Kyrgyzstan, however, benefits from a robust civil society and a relatively free media sector.