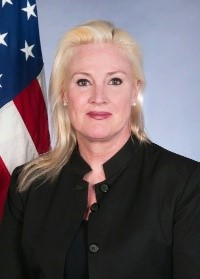 The United States established diplomatic relations with Pakistan following the country’s independence in 1947.  We have a multi-faceted relationship with Pakistan in areas ranging from counterterrorism to energy to trade and investment.  Pakistani forces have made significant sacrifices in recent years to reclaim parts of the country previously held by militant groups.  Pakistan also has taken some action against externally-focused militant groups and UN-designated terrorist organizations operating from its territory in accordance with its National Action Plan against terrorism and Prime Minister Imran’s Khan’s public commitments.  In line with the South Asia strategy announced by the President in August 2017, the United States continues to urge Pakistan to take decisive and irreversible action against these groups.  Pending this action, the United States suspended security assistance to Pakistan in January 2018, with certain narrow exceptions for U.S. national security interests.  The United States has been one of the largest sources of foreign direct investment in Pakistan and is Pakistan’s largest export market.  Trade relations between the United States and Pakistan continue to grow and the U.S. government supports this relationship by funding reverse trade delegations, business conferences, technical assistance, and business outreach.

Pakistan is the fifth largest country in the world by population and the 42nd  largest economy in 2019.   The United States is Pakistan’s largest export destination country, while China is Pakistan’s largest import partner.  U.S.-Pakistan trade in 2019 stood at $6.5 billion, with Pakistan running a modest surplus of $1.3 billion. The United States has been one of the top investors in Pakistan over the last two decades, with major U.S. investments concentrated in consumer goods, chemicals, energy, agriculture, business process out-sourcing, transportation, and communications. In his July 2019 meeting with Pakistani Prime Minister Imran Khan, President Trump called for a dramatic expansion of U.S.-Pakistan commercial ties. Since then, the U.S. government has worked to operationalize that vision through enhanced bilateral economic coordination.

In February 2020, Commerce Secretary Wilbur Ross met with senior Pakistani officials in Islamabad to discuss how to deepen trade and investment ties; and in July 2020, U.S. International Development Finance Corporation CEO Adam Boehler paid a similar visit to discuss potential investment support for development projects. However, Pakistan’s significant business climate issues, including regulatory barriers, weak intellectual property protections, and discriminatory taxation, have impeded U.S. firms from operating in the country. Pakistan has made some progress address with its recent economic reforms, ranking 108 in the World Bank‘s Ease of Doing Business rankings in 2019, a 28-slot improvement from 2018. The United States continue to work with Pakistan to achieve further business climate enhancements.

The primary focus of the U.S. civilian assistance program is to partner with Pakistan in its development toward security, stability, prosperity, and self-reliance.  Working across the U.S. government, and in cooperation with Pakistan, international donors, and development partners, U.S. assistance has focused on projects supporting U.S.-Pakistan trade and economic growth, strengthening the rule of law in the newly merged districts, refugees and refugee-hosting communities, law enforcement, civil society, people-to-people exchanges, and infectious diseases, such as COVID-19 and polio.